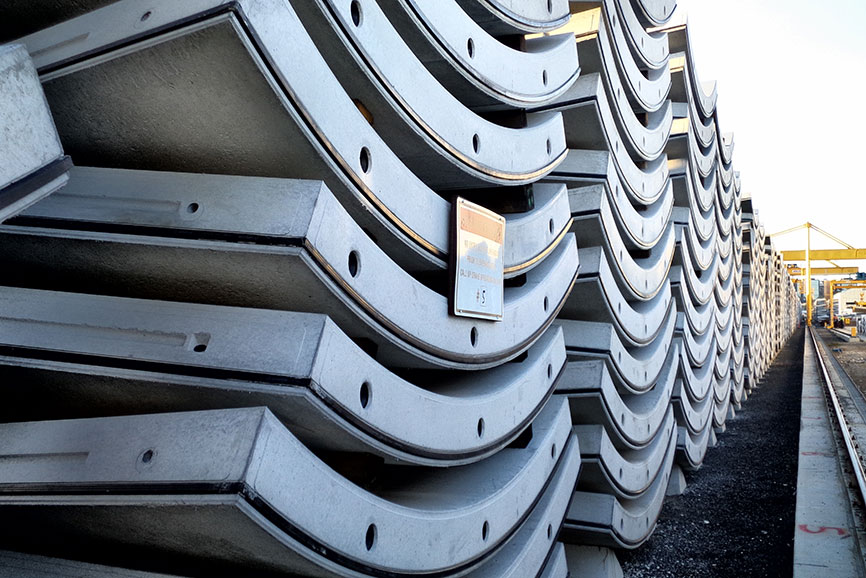 In 2014, CBE Group provided a double carousel to the Thiess-John Holland-Dragados JV for the concrete segments precasting of the North West Rail Link (NWRL) double tunnel in Sydney. In June 2015, the project was renamed “Sydney Metro Northwest”. The tunnel is the first phase of the Sydney metro, which will be the first Australian metro.

Sydney metro consists of a 15 km long double tunnel, the longest railway tunnel of the country. The latter was completed in 2016 and links the districts of Bella Vista to the district of Epping. The second phase, called “Sydney Metro City & Southwest” should begin in 2017 and should be completed by 2024.

The Sydney Metro project is a priority for the Australian government and will cost approximatively 5,7 billion euros. The project is currently the biggest public work including 8 new train stations, 31 metro stations, 65 km long of rail and 4.000 parking spots.

Four tunnel boring machines (TBM) were used for the double tunnel and placed the CBE Group’s segments. Each ring has an external diameter of 6690 mm, an internal diameter of 6170 mm, a width of 1700 mm and a thickness of 260 mm. Each ring is composed of 4 counter-key segments and 2 key segments. A total of 108 moulds have rotated on the double carousel, with a shared concrete alimentation.

Discover here how a carousel works